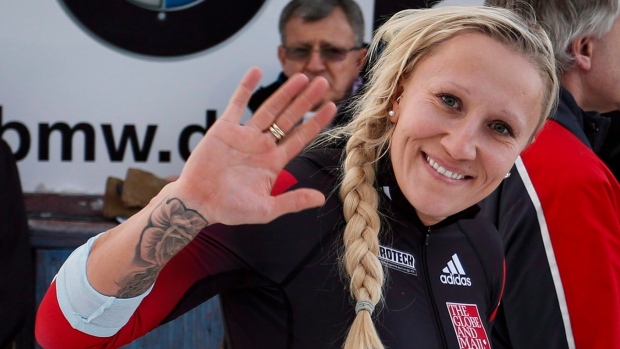 CALGARY — Two-time Olympic bobsled champion Kaillie Humphries wants to compete for the United States and has filed a lawsuit against Bobsleigh Canada Skeleton to obtain her release, according to a CBC report.

Humphries, who piloted Canada to Olympic gold in 2010 and 2014 as well as a bronze in 2018, lodged a harassment complaint against BCS last year and did not compete for Canada last winter.

She is suing BCS for blocking her release, according to CBC.

Humphries did not respond to a request for an interview made through her agent Thursday.

Neither Humphries nor BCS has revealed the exact nature of her initial harassment complaint.

BCS said it was conducting an investigation into it.

The national governing body reiterated that in a statement to The Canadian Press and confirmed the lawsuit Thursday.

"Bobsleigh Canada Skeleton abides by its harassment and discrimination policy that has been in place since 2006," BCS said.

"The Alberta litigation matter by Ms. Humphries, the plaintiff, which names Bobsleigh Canada Skeleton as the defendant, is the subject of an open court process.

"As for the investigation of Ms. Humphries' discrimination and harassment complaint made under the policy, we can't provide any comments since this investigation is strictly private and confidential as provided in the policy. We look forward to the findings of the complaint review."

Humphries and brakewoman Heather Moyse claimed gold in both 2010 and 2014 to become the first women to repeat as Olympic champions.

They were chosen Canada's flagbearers at the closing ceremonies in Sochi, Russia, in 2014.

She also became the first woman to drive an all-female crew against men in a four-man World Cup bobsled race in 2016.

She has been lobbying for women to get their own four-person races at the Olympic Games.