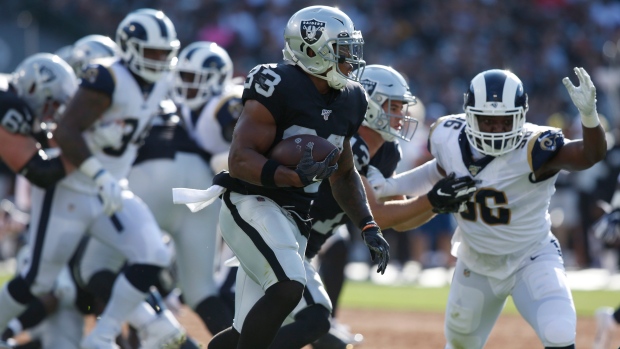 The Kansas City Chiefs have agreed to terms on a one-year contract with free agent running back DeAndre Washington, according to a report from Yahoo Sports' Terez Paylor.

The Chiefs have agreed to a one-year deal with RB DeAndre Washington, a source tells me.

Washington spent the past four seasons with the Oakland Raiders after being selected in the fifth round in the 2016 NFL Draft.

The 27-year-old played in all 16 games last season with three starts, finishing the year with 108 carries for 387 yards and three touchdowns. He added 36 receptions for 292 yards.

Washington played for Texas Tech and will be reunited with his college quarterback Patrick Mahomes in Kansas City.