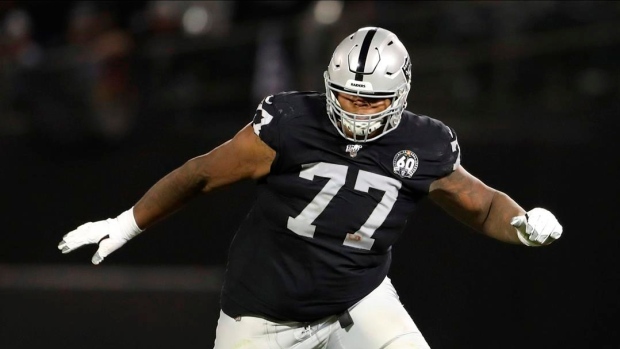 Las Vegas Raiders offensive tackle Trent Brown has a chance to play Monday with the team believing the calf injury he suffered Sunday against the Carolina Panthers is not serious, according to a report from NFL Network's Ian Rapoport.

More good news on the injury front for the #Raiders. OT Trent Brown, who left Sunday’s win early because of his calf, is not believed to have suffered a serious injury, source said. Usually being ruled out is bad news, but not in this case. He has a chance to play this week.

Brown missed a large portion of training camp for the Raiders before only lasting three plays in their season-opening win in Carolina Sunday. The Raiders also lost Brown's primary backup Sam Young to injury in the win.

The 27-year-old Brown was named to the Pro Bowl in his first season with the Raiders last year despite missing the last five games of the season due to injury.