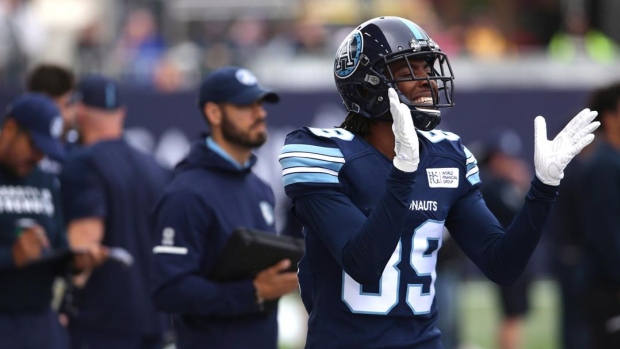 The BC Lions will sign veteran receiver Duron Carter once free agency opens at Noon et, according to a report from the Canadian Press.

Carter remains property of the Toronto Argonauts until free agency opens however, and the Argos have not given Carter permission to hit the market early, TSN Football Insider Dave Naylor reports.

Duron Carter has not been given permission by the @TorontoArgos to hit the market early. Free agency does not begin until noon ET for players under contract. https://t.co/sey6q3BnGa

Carter finished last season with 18 receptions for 230 yards and two touchdowns in 15 games split between the Toronto Argonauts and Saskatchewan Roughriders, while also playing some games at defensive back for the Roughriders.

The 27-year-old has eclipsed the 1,000-yard receiving mark twice in his CFL career and has 276 receptions for 4,150 yards and 27 touchdowns in 73 games during his five-year CFL career split between the Argos, Roughriders, and Montreal Alouettes.