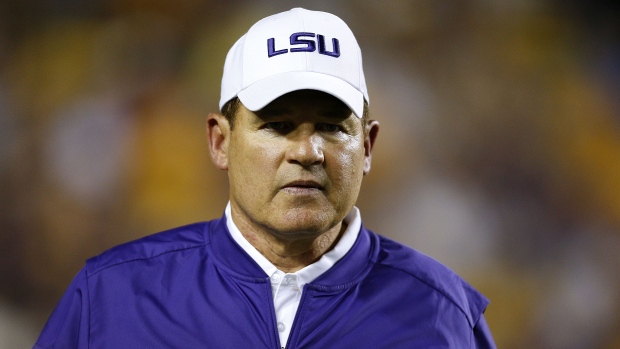 Following a 2013 internal investigation, then-LSU head coach Les Miles was ordered to cease one-on-one contact with female students, stop asking them to babysit for him and attend a series of meetings with an attorney that was to be paid out of pocket, reports USA TODAY Sports.

The investigation had been the result of a series of claims levied at Miles by students of lewd remarks, sexual harassment and in the case of one student, kissing her.

While the investigation found that Miles did not have a sexual relationship with any of the students, it deemed the Elyria, OH native's conduct inappropriate. As part of the conclusion, Miles was required to sign a series of forms indicating that he was aware of the school's policy and was told that any further such conduct would result in termination.

Kansas released a statement to USA TODAY Sports last week in regards to the investigation, denying any prior knowledge of it.

"Because this involves Coach Miles’ former employer and pre-dates his time at KU, and because we do not have factual knowledge about details of these allegations, it is not appropriate for us to comment further,” spokesperson Dan Beckler said.

Miles finished his LSU tenure with a 114-34 record over 12 seasons. Twice under Miles, the Tigers reached the National Championship game and defeated Ohio State to win the program's third national title following the 2007 season.