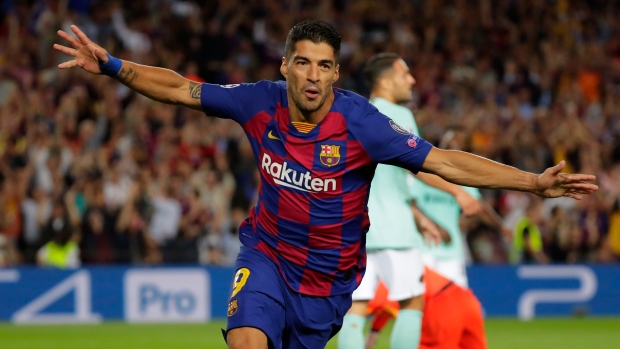 Luis Suarez is reportedly furious with Barcelona for backtracking on an agreement that would let him leave for free when news emerged he was close to signing with Atletico Madrid, according to ESPN's Sam Marsden and Moises Llorens.

He was told by new coach Ronald Koeman last month he could leave and Suarez's legal team had been negotiating the revision of his deal with Barcelona.

The deal was that Suarez would give up a percentage of the money owed to him in the final year of his contract and they would let him leave for free as long as he didn't join certain clubs, with Real Madrid, Manchester United, Manchester City and Paris Saint-Germain among the teams named in the agreement.

Atletico Madrird reportedly reached a deal with Suarez on Monday but Barcelona has since backtracked on terminating his contract.

He has not appeared in any of the club's three pre-season friendlies.