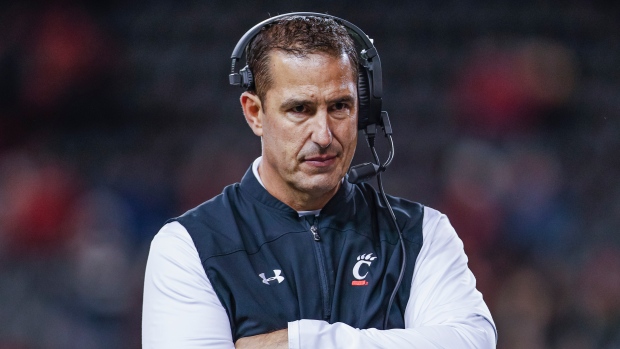 Michigan State will have a new coach in 2020, but it's not going to be Luke Fickell.

Yahoo! Sports' Pete Thames reports that the Cincinnati head coach has decided to remain with the Bearcats and not succeed Mark Dantonio in Lansing.

Sources: Luke Fickell has decided to stay at Cincinnati. After interviewing for Michigan State on Sunday and talking it over with his family, he elected to stay put.

Fickell seemingly confirmed the report with a tweet later on Monday morning.

Looking forward to more of this in 2020!

Fickell, 46, just completed his third season with the Bearcats, going 11-3 to top the AAC East Division. Over his tenure, he's amassed a 26-13 mark.

Prior to joining Cincinnati, Fickell spent the better part of a decade and a half in the Ohio State coaching set-up. He served as Buckeyes interim head coach in 2011 following the dismissal of Jim Tressel.

Dantonio retired from the program last week after 13 seasons.