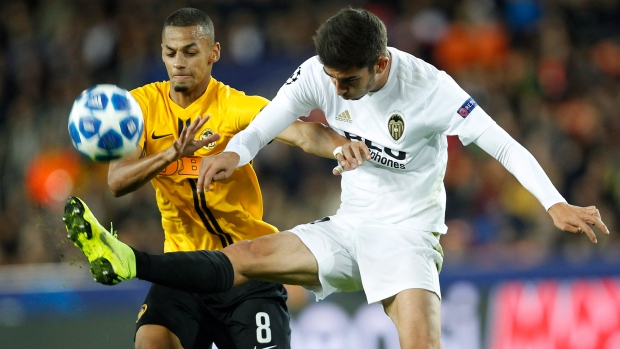 Manchester City has targeted its replacement for Leroy Sane.

The 20-year-old Torres has one year remaining on his current deal and Stone notes that Valencia is looking for a transfer fee in the neighbourhood of £40 million for the Spain U-21 international.

Torres, 20, appeared in 34 games for Valencia this season, his third with the first team. He had four goals and six assists this season.

Torres would be a like-for-like replacement for Sane, who left for Bayern Munich last month.

The club is also expected to be in the market for central defenders with the likes of Nicolas Otamendi and John Stones having fallen out of favour with manager Pep Guardiola.

City is next in action on August 7 in the second leg of their Champions League Round of 16 tie against Real Madrid. City won the first leg 2-1 at the Bernabeu.