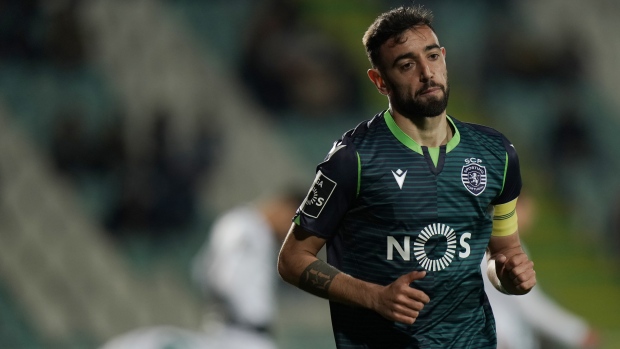 Manchester United is confident of wrapping up its first transfer of the January window.

The BBC's Simon Stone reports the Red Devils are close to signing Portugal midfielder Bruno Fernandes from Sporting for an initial price of £47 million. Add-ons could take the price up to close to £68 million.

Capped 19 times by the national senior team, Fernandes is in his third season with Sporting. After making his senior debut with Serie B side Novara in 2012, Fernandes spent four seasons in Serie A with Udinese and Sampdoria.

In 137 matches with Sporting across all competitions, Fernandes has scored 64 times.

Sporting was believed to also have been in contact with Barcelona for the player.

The initial price of £47 million would match the amount paid to Shakhtar Donetsk for Fred as the sixth-largest transfer in club history.