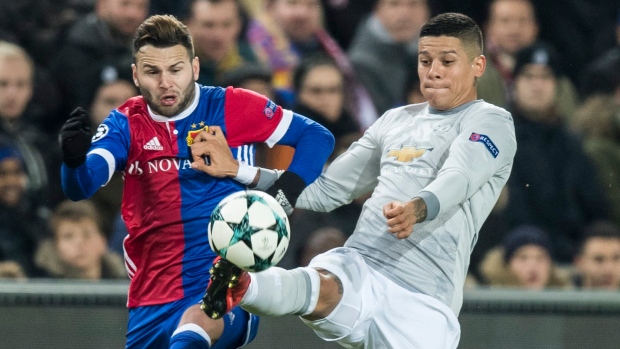 Manchester United appears ready to thin out its ranks.

The Manchester Evening News' Samuel Luckhurst reports the Red Devils plan to offload players deemed surplus to requirements during the January transfer window with the squad currently sitting at 31 members.

Among those expected to see the Old Trafford exit are former England defender Phil Jones and a pair of Argentina internationals, goalkeeper Sergio Romero and defender Marcos Rojo.

The 33-year-old Romero's wife lashed out at the club on social media earlier this fall, accusing United of disrespect after blocking a transfer deadline day deal for her husband, believed to be with Leeds. Romero has made 61 appearances for the club over six seasons. He is now slotted in as the club's third-choice 'keeper behind David de Gea and Dean Henderson.

Rojo, 30, has not appeared in a match for the club in over a year and was omitted from the club's Champions League squad.

Jones, 28, has not played for the club since last January and made only two league starts during the 2019-2020 season.

The club could also look to sell Netherlands international defender Timothy Fosu-Mensah who is in the final year of his current contract. After not having made an appearance for the club in over three years, he was handed a Premier League start last July and has made one league and one Champions League appearance thus far this season.

United, currently 14th in the table, return to league action after the international break on Saturday when they host West Brom at Old Trafford.