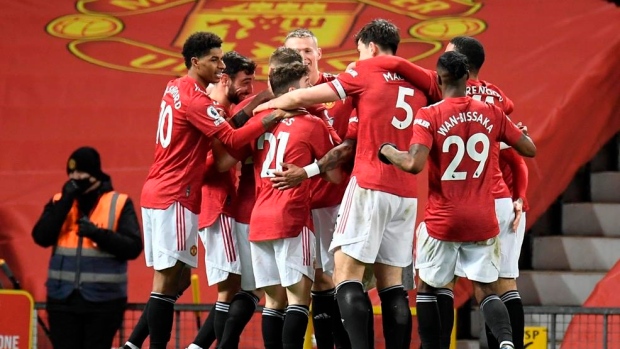 SYDNEY, Australia — Manchester United is reported to be interested in joining its English Premier League city rival and become a team owner Down Under in the A-League, although the chief executive of the Australian club is calling it “nothing more than speculation."

Nine newspapers reported Tuesday that Manchester United officials were in discussions with Central Coast Mariners owner Mike Charlesworth, who has been seeking a buyer for the cash-strapped club for the past year.

Nine said the English club would likely move the team now based at Gosford, about 90 kilometres (55 miles) north of Sydney, to Sydney’s northern beaches. Matches would be played at either North Sydney Oval or Brookvale Oval in harbour-side Manly, the report says.

“The chairman has held discussions with a number of clubs and interested parties across a number of years regarding the sale of the club,” Mielekamp said. “And it’s important, like in the pre-season, none of this distracts anyone at the club. It is just noise."

The Mariners are in first place in the A-League with nine wins, four losses and three draws. They have a two-point lead over Melbourne City.

Any sale hinges on support from a majority of A-League clubs. Governing body Football Australia, which has been asked for comment, also has to ratify any deal.

Manchester City took a controlling stake in the A-League’s then-Melbourne Heart in 2014. It changed the team’s name to Melbourne City and also the A-League club’s colours.

Manchester United is owned by the American Glazer family which has owned the NFL’s Tampa Bay Buccaneers since 1995.