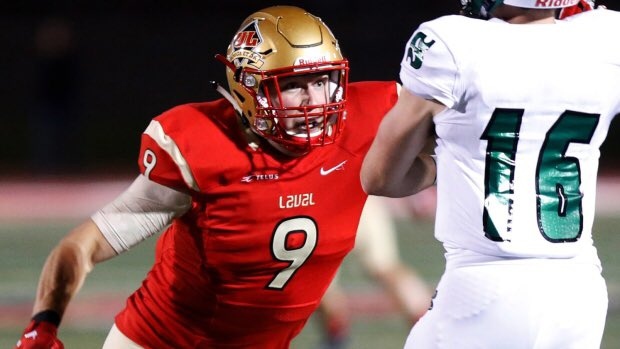 The deal is a two plus one, meaning Betts is signed through the 2020 season with a club option for 2021. Lalji adds that since he was drafted before the new CBA was signed, he's not subject to the rookie salary scale.

Betts deal is 2+1. So for the remainder of 2019 plus 2020 & club option for 2021. Since he was drafted before the CBA was signed he’s not subject to the new @cfl rookie salary scale which would have capped him at 83k per year. Expect #Eskimos to activate him after bye @TSN_Sports

Betts was drafted by Edmonton third overall in the 2019 CFL Draft, but in April signed with the Chicago Bears as an undrafted free agent, he was the only member of the 2019 draft class to participate in an NFL training camp.

The 24-year-old stuck with the Bears until they cut their roster down to 53 players on Aug. 31.

Betts recorded 35.5 sacks in 33 games with the Rouge et Or, winning the J. P. Metras Trophy for three consecutive seasons.

Edmonton is back in action Sept. 20 when they host Hamilton.