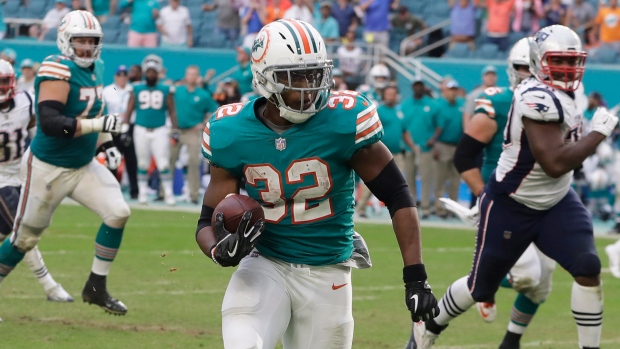 The Miami Dolphins have had trade conversations centred around running back Kenyan Drake according to the NFL Network's Ian Rapoport.

Sources: The #Dolphins have had trade conversations with teams centered around RB Kenyan Drake, and the team has indicated they would trade him if the right offer presented itself. Drake, who has had no extension talks with Miami since camp, would welcome a new opportunity.

Rapoport reports the team has indicated they would trade him if the right offer presented itself, while Drake would reportedly welcome a new opportunity elsewhere.

The 25-year-old running back has had no extension talks with the Dolphins since training camp, Rapoport adds. He is set to be a free agent at the end of the season.

In five games so far this season, Drake has 153 yards on the ground and 137 receiving with zero touchdowns.

If he's dealt, Drake would be one of several veterans the Dolphins have moved on from as the team continues to struggle, entering Week 7 at 0-5.

Miami has struggled on offence and won't get much of a break this week as they take on a defensive-minded 4-1 Buffalo Bills team on the road.