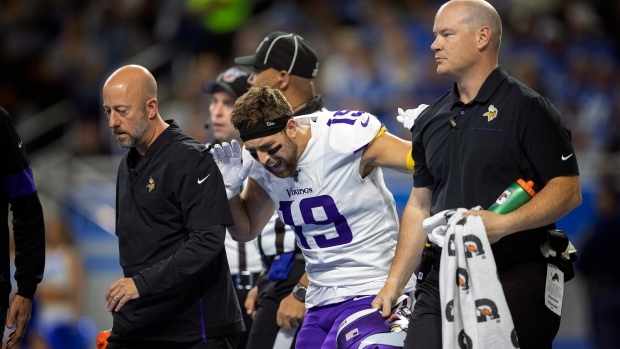 Minnesota Vikings wide receiver Adam Thielen will not play Thursday night against Washington. The team officially ruled Thielen out on Wednesday with a hamstring injury.

Thielen is battling the injury suffered in the Vikings' win over the Detroit Lions Sunday. Thursday will be the first game he'll miss in his six-year NFL career.

The 29-year-old has 27 receptions for 391 yards and six touchdowns in seven games this season for the Vikings.

Winners of their last three games, the 5-2 Vikings are second in the NFC North behind only the 6-1 Green Bay Packers.