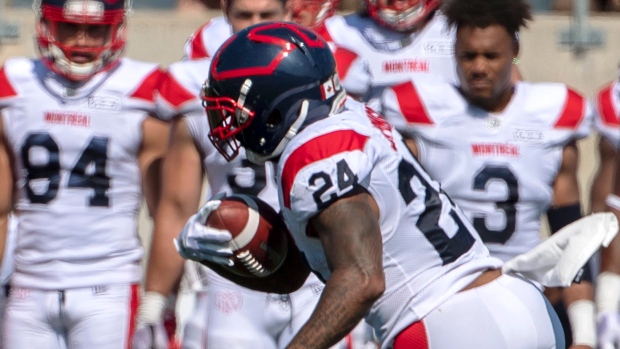 Montreal Alouettes running back Jeremiah Johnson will miss Saturday's game against the Saskatchewan Roughriders, according to a report from RDS' Didier Ormejuste.

Johnson missed the team's practice Tuesday with a concussion, according to Ormejuste, and will not play on the weekend.

The 32-year-old Johnson has appeared in six games for the Alouettes this season, rushing 45 times for 263 yards and one touchdown.

Johnson is a six-year CFL veteran, having spent time with the Toronto Argonauts, Ottawa Redblacks, BC Lions, and Alouettes, and has 617 carries for 3,414 yards, and 34 touchdowns in 67 career games.