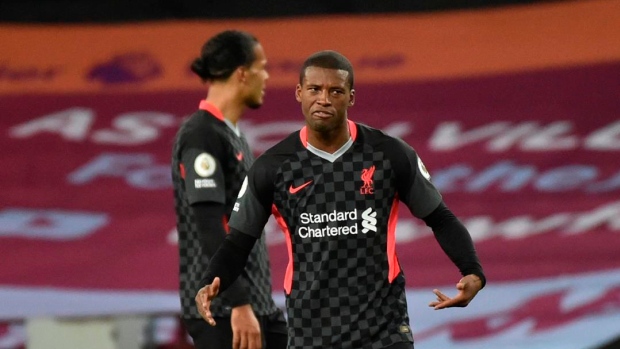 For months, it appeared that Netherlands captain Georginio Wijnaldum would be joining former international manager Ronald Koeman at Barcelona once his Liverpool contract expired, but that no longer appears to be the case.

The BBC's Simon Stone reports the 30-year-old midfielder is set to sign for Paris Saint-Germain after receiving a bumper contract offer.

Stone notes that Wijnaldum is keen to play under manager Mauricio Pochettino.

Wijnaldum, who signed for Liverpool from Newcastle in 2016, will be officially out of contract on July 1. He has made 141 league appearances for the Reds over the past six seasons, scoring 16 goals.

With Liverpool, Wijnaldum won the 2019 Champions League and the 2020 Premier League title.

Prior to coming to England with Toon in 2015, Wijnaldum spent nine seasons in his native Holland with Feyenoord and PSV, winning the 2015 Eredivisie title with the latter.

Internationally, the Rotterdam native has been capped 75 times by the Oranje and will captain the side at this month's Euro in the absence of the injured Virgil van Dijk.