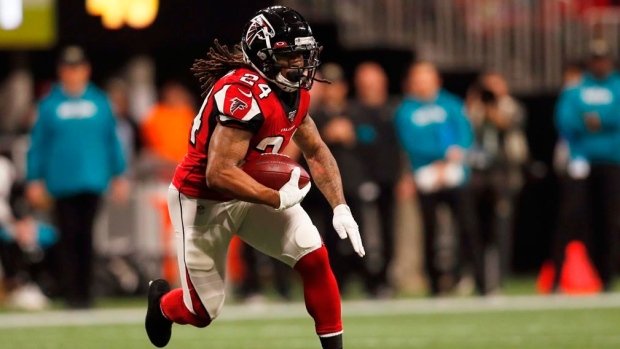 With Saquon Barkley potentially done for the season, the New York Giants are bringing him veteran Devonta Freeman for a workout on Tuesday, according to Ralph Vacchiano of SNY.

Free agent RB Devonta Freeman is coming in for a visit with the Giants, a source confirmed. He's due in to start his visit on Tuesday. pic.twitter.com/5pgp5pTdPw

ESPN reported Sunday that the Giants fear Barkley tore his ACL in the team's 17-13 loss to the Chicago Bears. Barkley was carried off the field by trainers after a run early in the first quarter.

Freeman rushed for 656 yards and two touchdowns in 14 starts after only appearing in only two games in 2018 due to injury. He remains a free agent after going unsigned during the off-season.