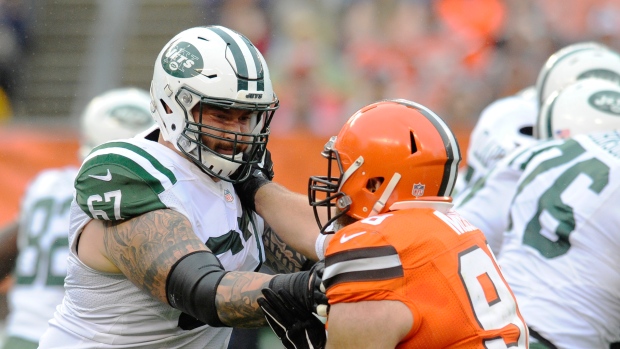 The Jets will save $7.28 million — Winters’ entire salary due this season — on the salary cap.

The 29-year-old Winters was the Jets’ longest-tenured player and had been mostly a solid starter for New York, which drafted him in the third round out of Kent State in 2013.

He finished the past two seasons on injured reserve. Winters had an abdominal injury in 2018 that he played through for most of the year, and a dislocated shoulder last year that limited him to nine games.

Improving the offensive line was a top priority for general manager Joe Douglas in the off-season. New York signed Greg Van Roten in free agency and he was expected to compete with Winters in training camp for the starting spot.

Winters started 12 games as a rookie, claiming the starting job at left guard after Vladimir Ducasse struggled. Winters maintained his hold on a starting job for the rest of his time with the Jets — but also dealt with his share of injuries, including a torn ACL in 2014. He became the full-time starter at right guard in 2016 and the Jets rewarded him with a four-year contract extension after the season.