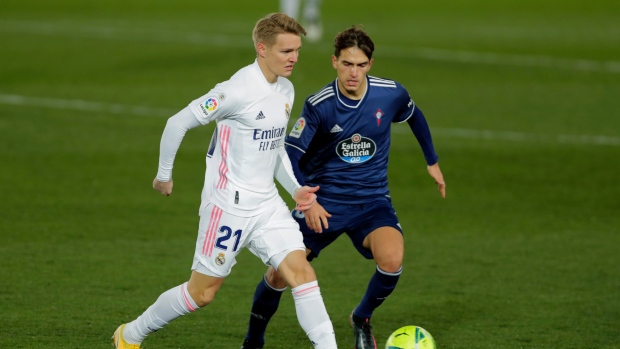 Arsenal has beaten off competition from Ajax and Real Sociedad to sign Real Madrid midfielder Martin Odegaard on loan, reports Fabrizio Romano in The Guardian.

The 22-year-old Norway international is expected to join the Gunners in time for Saturday's match against Premier League leaders Manchester United.

Odegaard scored four goals in 31 appearances last season for Sociedad on loan and there was hope that he would return there, but Real chose to send him abroad.

Internationally, Odegaard has been capped 25 times by the Norway senior team.

Arsenal currently sits 11th in the table on 27 points, 13 back of United and seven adrift of Liverpool for the final Champions League place. The Gunners are next in action on Tuesday when they visit 10th-place Southampton.