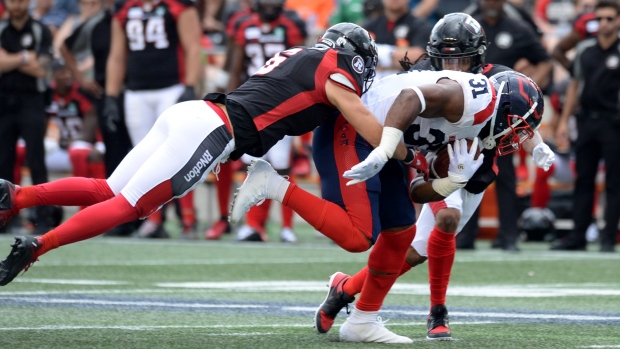 Desjardins added it's a possibility Pruneau could miss the rest of the 2019 season.

Pruneau was injured on the opening kickoff of the Redblacks' Week 13 loss to the Toronto Argonauts. He tried to play through the injury but left the game early and was seen on the Redblacks' sideline wearing a walking boot.

Justin Howell, who replaced Pruneau against the Argonauts, is expected to take his starting role in Ottawa's defence for Week 14.

The 29-year-old Pruneau has 23 tackles and an interception in eight games for the Redblacks this season.