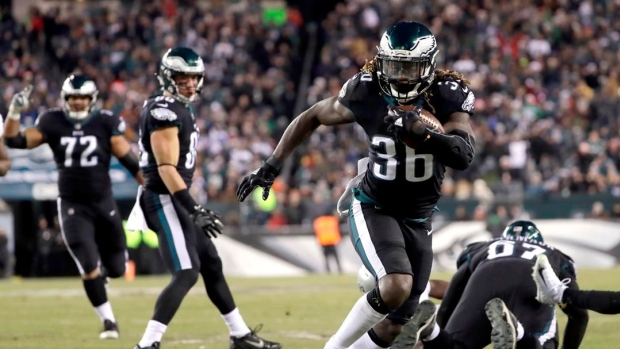 Jay Ajayi is returning to the Philadelphia Eagles.

The NFL Network's Ian Rapoport says the team has signed the 26-year-old free-agent running back who was a member of their Super Bowl LII-winning squad.

The Boise State product played in 11 games over two seasons with the Eagles in 2017 and 2018. He tore his ACL in Week 5 of last season and has not played in the NFL since.

A native of London, Ajayi was taken in the fifth round of the 2015 draft by the Miami Dolphins with whom he spent the first two and a half seasons of his career prior to a mid-season trade to the Eagles.

He will join an Eagles backfield that is currently hit by injuries with Jordan Howard (shoulder) carrying an injury into Sunday's game against the New England Patriots and Darren Sproles (quad) done for the remainder of the season.