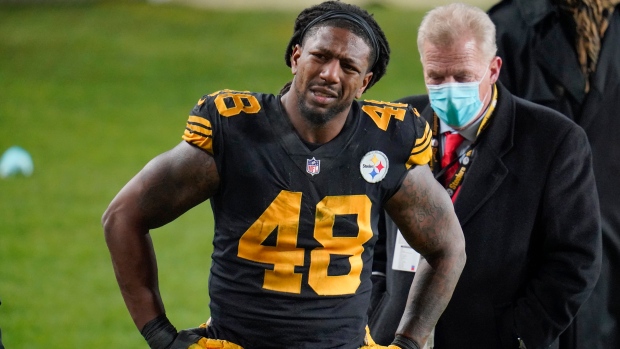 Pittsburgh Steelers linebacker Bud Dupree's season appears to be over.

According to NFL Network's Mike Garafolo and Aditi Kinkhabwala, initial tests on done on ‪Dupree following the injury he suffered Wednesday against the Baltimore Ravens have indicated that the linebacker has a torn ACL.

Initial tests on #Steelers LB Bud Dupree indicate a torn ACL, sources tell me and @AKinkhabwala. Tests coming to confirm but the team expects him to be lost for the reason. Crushing for the team and Dupree, who is playing on the franchise tag and is slated to be a free agent.

Garafolo and Aditi Kinkhabwala add that the Steelers expect Dupree to now miss the remainder of the NFL season.

Dupree was injured late in the fourth quarter on a play where he attempted to rush Ravens quarterback Trace McSorley but was ultimately blocked down to the ground by Baltimore offensive lineman Orlando Brown Jr. Following the play, Dupree was seen moved gingerly as he made his way to the locker room.

The 27-year-old Dupree is in his sixth seasons with the Steelers after being drafted by the team in the first round (22nd overall) over the 2015 draft. After signing the franchise tag the Steelers placed on him ahead of this season, Dupree will be a free agent at season's end.