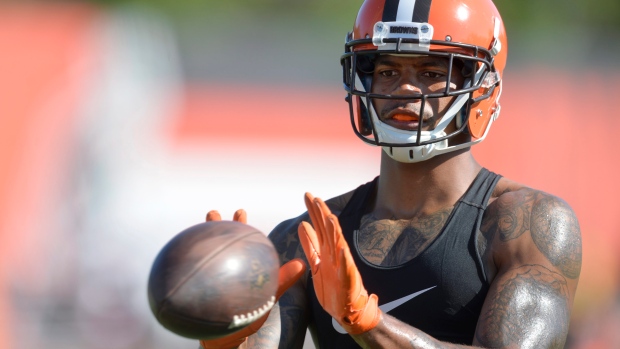 According to Adam Schefter, Terrelle Pryor is headed to Washington on a one-year $8 million deal.

Pryor, a member of the Cleveland Browns for the last two seasons, broke out last year with 77 catches, 1,007 yards and four receiving touchdowns.

Pryor's route to becoming a 1,000-yard receiver is an unconventional one. The 27-year-old was a standout quarterback at Ohio State, leading the Buckeyes to a 2010 Rose Bowl victory over Oregon. He was named MVP for that game.

Pryor was drafted by the Oakland Raiders in 2012, but only saw significant time under centre in 2013 following Carson Palmer’s trade to Arizona. He started nine games for Oakland that year, throwing seven touchdowns and 11 interceptions.

After being traded to and subsequently released from the Seattle Seahawks in 2014, he found a home in 2015 as a receiver with the Cleveland Browns.