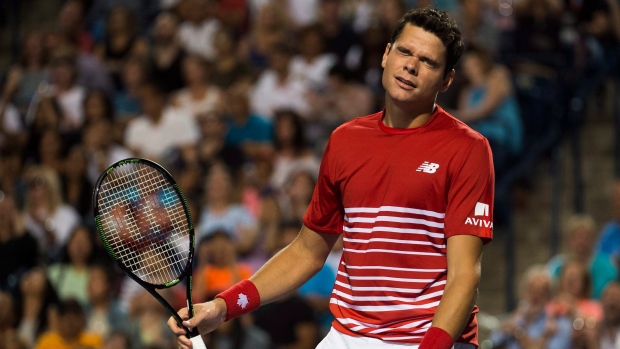 Milos Raonic has pulled out of this week's BNP Paribas Open in Indian Wells, California.

Raonic has been trying to recover from a hamstring injury. Last Sunday, the 26-year-old Canadian pulled out of the Delray Beach Open final against Jack Sock.

Raonic made the final of the 2016 Indian Wells tournament, losing to Novak Djokovic in straight sets.

Raonic, from Thornhill, Ont., is currently ranked fourth in the world.