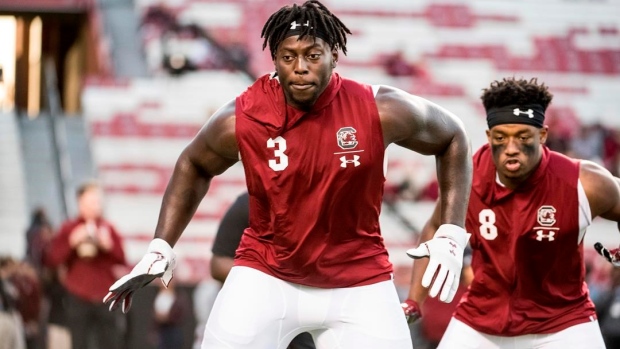 The San Francisco 49ers have signed 2020 first round draft pick Javon Kinlaw, according to a report from NFL Network's Ian Rapoport.

The #49ers have signed first-round pick DL Javon Kinlaw, source said. One of only a few top picks to ink his four-year deal with a fifth-year option over the last few months.

Kinlaw, a defensive tackle out of South Carolina, is just the fourth first-rounder to sign his rookie deal so far this year.

In 12 games with the Gamecocks last season, Kinlaw finished with 35 tackles and six sacks.