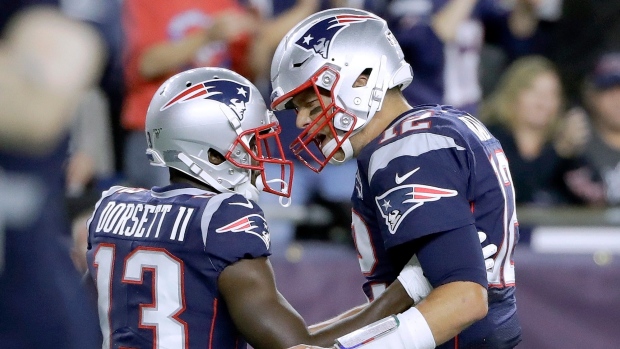 The Seattle Seahawks have signed receiver Phillip Dorsett to a one-year deal, according to a report by Ian Rapoport of the NFL Network.

The #Seahawks are signing WR Phillip Dorsett on a 1-year deal, source said. A former #Patriots WR has a new home.

Dorsett appeared in 14 games last season for the New England Patriots and caught 29 passes for 397 yards and a career high five touchdowns.

The 27-year-old spent the last three seasons with the Patriots after beginning his career with two seasons as a member of the Indianapolis Colts.

He was selected in the first round, 29th overall of the 2015 NFL Draft by the Colts.