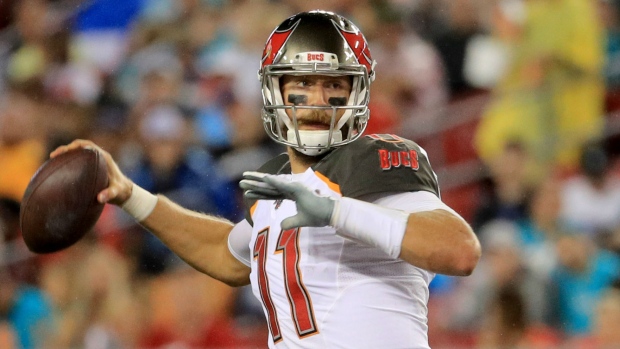 The Tampa Bay Buccaneers are bringing back quarterback Blaine Gabbert on a one-year deal to be new starter Tom Brady's backup, per NFL Network's Ian Rapoport.

Source: Tom Brady has his backup. Blaine Gabbert is going back to the #Bucs on a 1-year deal.

The 10th overall pick of the 2011 draft, Gabbert served as the starting quarterback for the Jacksonville Jaguars for the first three seasons of his career. After his time in Jacksonville, Gabbert has since served as a backup, making stops in San Francisco, Arizona and Tennessee away from Tampa Bay.

He has thrown for 9,063 yards in his career with 48 touchdowns and 47 interceptions.