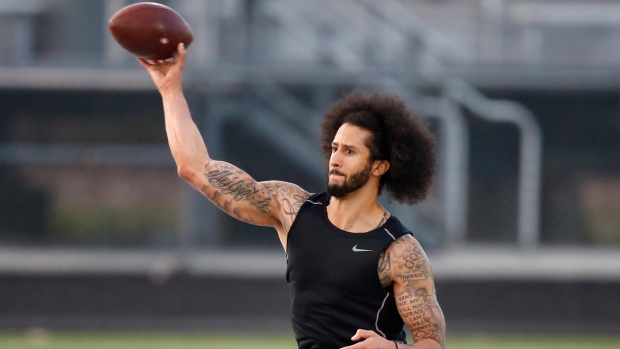 It appears the NFL is still not ready to take a chance on Colin Kaepernick.

According to ESPN's Adam Schefter, no teams have reached out to the former NFL quarterback in an attempt to sign him to a contract, schedule another workout or to visit him.

Last weekend, the 32-year-old worked out for seven NFL teams at a high school in Riverdale, Georgia. Kaepernick's team also sent out video to the teams not in attendance, but there has still been no interest, according to Schefter.

In the week since Colin Kaepernick worked out for seven NFL teams at Charles R. Drew High School in Riverdale, Georgia, no teams have reached out to work him out, visit with him or sign him, per sources.https://t.co/IECNxlRs50

Kaepernick's workout was his first football appearance since the last game of the 2016 season.

The Nevada product made national headlines after protesting police brutality and social injustice by kneeling during the national anthem on multiple occasions.

Kaepernick played six seasons in the NFL and lead the San Francisco 49ers to the Super Bowl in 2013.