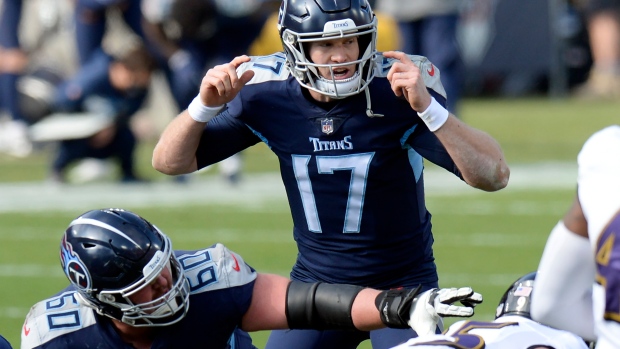 To facilitate the completion of the trade of former #Falcons WR Julio Jones, the #Titans are doing a simple restructure of QB Ryan Tannehill’s contract for 2021 to create more than $15M in cap space, source said. Jones will make $15.3M guaranteed this season.

The newly-acquired Jones will make $15.3 million guaranteed with the Titans this season, Rapoport noted.

The 32-year-old Tannehill is entering this third season with the Titans after taking over for Marcus Mariota as the team's starter in 2019.