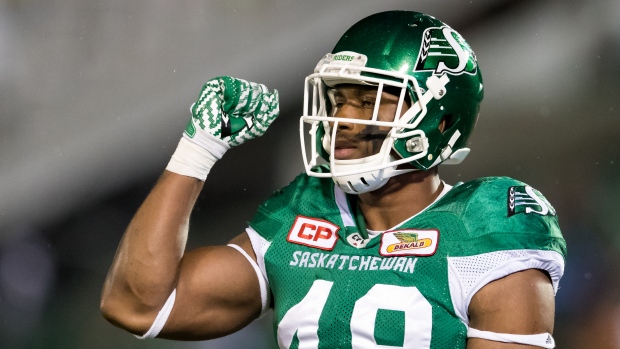 Pittsburgh police have issued an arrest warrant for a Toronto Argonauts player.

Cara Cruz, deputy public information officer for Pittsburgh Public Safety, says the charges stem from a shooting in the city on the night of Oct. 23.

The warrant was issued on Friday.

The Pittsburgh Public Safety media entry for the incident says two males were transported in stable but serious condition to area hospitals with gunshot wounds.

The Argos said Sunday that they are "well aware of the charges" and "take these matters seriously," but have not yet determined how to proceed.

"Each member of the organization fully understands the moral expectation and obligation that comes with the privilege of representing the Toronto Argonauts," the team said. "At the same time, the club respects each person’s right to a fair process.

"In this case, the Toronto Argonauts will not determine any potential team related consequences until the club has conducted all due diligence in this matter."

Knox, from Verona, Pa., has played five seasons in the Canadian Football League with Saskatchewan, Toronto and Ottawa.

The CFL is not playing this year due to the COVID-19 pandemic.

This report by The Canadian Press was first published Nov. 1, 2020.