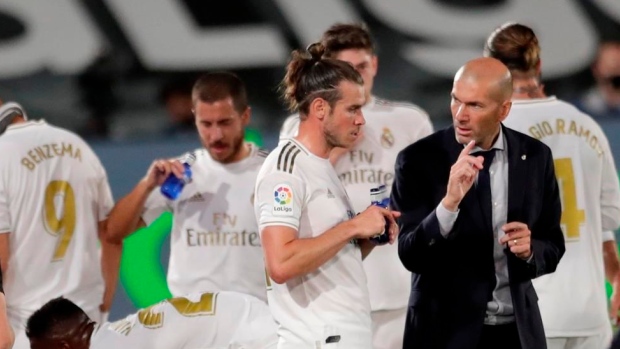 In recent years, Bale has become an increasingly peripheral figure at the Bernabeu under manager Zinedine Zidane.

The Cardiff native appeared in only 20 matches across all competitions during the 2019-2020 season.

Bale appears more than receptive to a return to the club that signed him from Southampton in 2007.

"Gareth still loves Spurs," Jonathan Barnett, his agent, told BBC Sport Wales. "[All sides] are talking. It's where he wants to be."

Bale made 142 appearances across all competitions for Spurs over six seasons, scoring 42 times. He was twice named the PFA Player of the Year in 2011 and 2013 and one of only five players to have won the award twice alongside Mark Hughes, Alan Shearer, Thierry Henry and Cristiano Ronaldo.

Internationally, Bale has been capped 85 times by the Wales senior side.