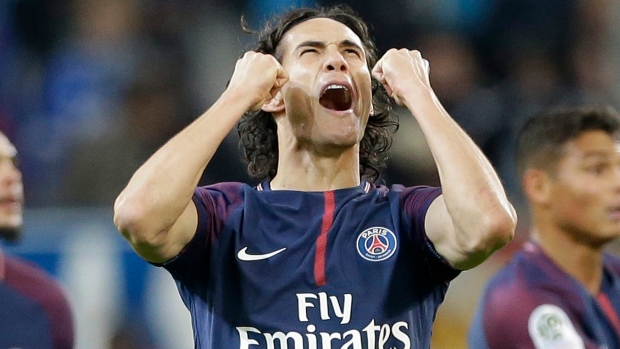 One of Ligue 1's deadliest goal scorers appears poised for a move to La Liga.

It remains unclear as to when Cavani will make the jump to Spain, whether it be as soon as the January transfer window opens or at the end of the season.

Cavani, 33, has spent the last seven seasons with Paris Saint-Germain.

In 289 appearances across all competitions, Cavani has scored 196 times with PSG, with whom he's won five Ligue 1 crowns, as well as four Coupe de France titles. His 136 league goals are fourth-most in Ligue 1 history.

Prior to joining PSG, Cavani spent seven seasons in Serie A with Palermo and Napoli, winning the Capocannoniere as the league's top goal scorer in 2012-13.

Internationally, Cavani has been capped 116 times, appearing at three World Cups, and has scored 50 times.

He will join an Atleti attack that already features Joao Felix, Alvaro Morata and Diego Costa.