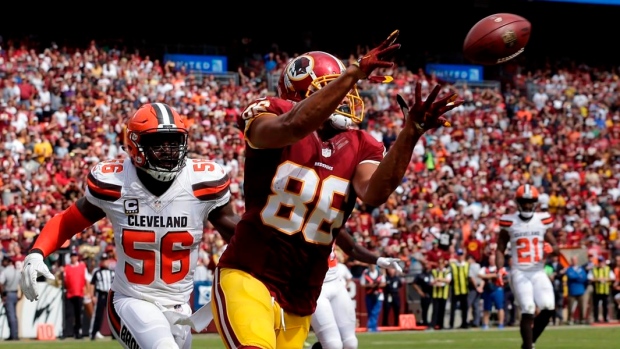 After a rash of injuries the last several seasons, the veteran tight end has agreed to a one-year, incentive-laden deal with the San Francisco 49ers according to ESPN's Adam Schefter.

Former Washington Football Team Pro Bowl TE Jordan Reed reached agreement on an incentive-laden, one-year deal with the San Francisco 49ers, sources tell ESPN. Reed is 30, has a history of concussions, but when healthy - as he is now - he is one of the game’s elite tight ends.

Reed has a history of concussions but has shown to be effective when he can stay on the field.

Reed spent his last six seasons in Washington but did not play at all in 2019. His best year came in 2015 when he caught 11 touchdowns and had 952 yards receiving in only 11 games.

The 30-year-old was selected in the third round of the 2013 NFL Draft by Washington out of Florida.