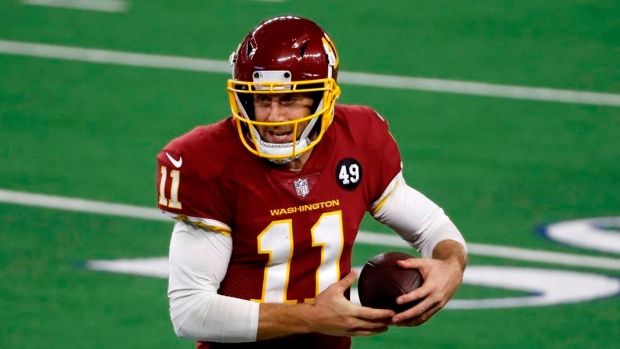 Washington Football Team is expected to part with veteran quarterback and Comeback Player of the Year Alex Smith, according to a report from the NFL Network.

The Washington Football Team is expected to part ways with QB Alex Smith in the coming days, sources tell me and @KimJonesSports. The AP Comeback Player of the Year has said he still wants to play, and at age 36 may have a chance to do so.

Smith has been with Washington since 2018. He missed the entire 2019 season recovering from a devastating leg injury that resulted in 17 surgeries.

He returned to the field in 2020 to appear in eight games with six starts, finishing with a 5-1 record as a starter. He threw for 1,582 yards, six touchdowns, and eight interceptions.

The 36-year-old has played 14 seasons split between the San Francisco 49ers, Kansas City Chiefs, and Washington. The first overall selection in the 2005 NFL Draft is a three-time Pro Bowler and has thrown for 35,650 yards, 199 touchdowns, and 109 interceptions in 174 career games.