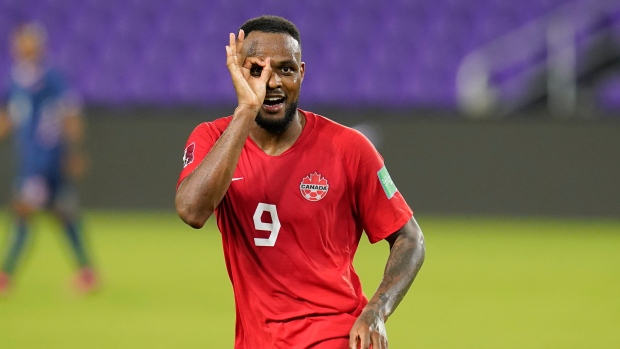 Could Cyle Larin be heading to the Premier League?

English outlet Sport Witness reports that both West Ham and Everton have shown interest in the Canada striker, who is currently enjoying a breakout season at Besiktas.

In his return from a yearlong loan with Belgian side Zulte Waregem, the 26-year-old Brampton, Ont. native has starred for the Turkish Super Lig side this season, scoring 19 goals in 39 appearances across all competitions.

This follows a report from Turkish publication FotoMac that Besiktas could be looking to cash in on Larin, who will be entering the final year of his current deal next season, and could be convinced to sell with a "good offer." The 15-time Turkish champions reportedly paid just under £2 million for Larin's transfer from Orlando City in 2018.

Sport Witness notes that should Everton attempt to use Turkey striker Cenk Tosun, currently on loan at Besiktas, as any kind of makeweight for Larin, the bid would be rejected.

If Larin were to head to England, he would become only the 11th Canadian to play in the Premier League. The last Canadian to suit up in the Prem was midfielder Scott Arfield, currently with Rangers, who spent 2016 to 2018 with Burnley.