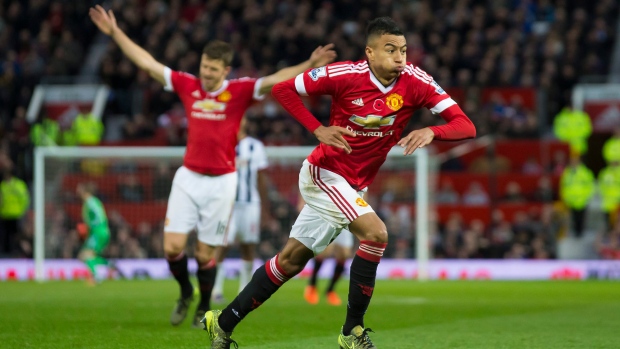 If Jesse Lingard still harbours dreams of suiting up for England at this summer's Euro, he's going to need playing time.

The only way for that to happen for the 28-year-old midfielder appears to be a move away from Manchester United.

The BBC's Simon Stone reports that United has sanctioned a loan move for Lingard with West Ham United leading the way for his services, but there is a hitch to that plan. The club already has Craig Dawson and Said Benrahma on loan from Watford and Brentford, respectively. Since Premier League rules stipulate a maximum of two domestic loans per season, the Hammers would have to convert one of those loans into a permanent deal.

A product of the United academy, Lingard has featured only three times for the Red Devils this season, unable to break into the team's stout midfield. None of the Warrington-born player's appearances has come in the Premier League.

A loan move would be Lingard's fifth temporary exit from Old Trafford, having previously had loan spells at Leicester City, Birmingham City, Brighton and Derby. Moving to West Ham would mean linking up again with former United manager David Moyes.

In 210 appearances across all competitions for United, Lingard has 33 goals, including the game-winning strike in the 2016 FA Cup Final.

Internationally, Lingard has been capped 24 times by the Three Lions.