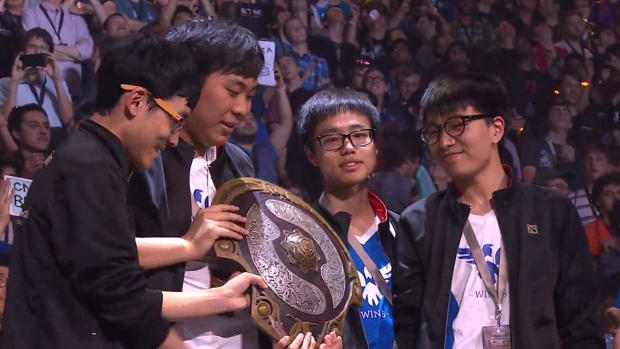 The International 6 winners Wings Gaming will compete at the Kiev Major as Team Random after a reported split from the organization.

The report comes from JoinDOTA’s Annabelle Fischer and points to the a post on the Wings Gaming Weibo page that announces the name change, but does not expand on the split.

Rumours on reddit claim that the world championship roster has not been paid wages they’re owed and were most recently kicked out of the team house. Amidst much speculation, there are no confirmed details surrounding the situation other than the name and logo change.

Wings Gaming won The Summit 5 and the Northern Arena BEAT Invitational in Montreal to go along with the TI6 victory. The team floundered to a 9th-16th finish at The Boston Major but still received a direct invite to Kiev.

The Kiev Major is set to take place from Apr. 27-30 at the National Palace of Arts in Kiev, Ukraine.