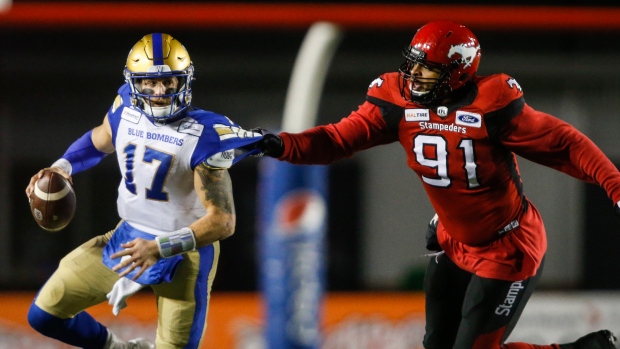 Winnipeg Blue Bombers quarterback Chris Streveler was brought in for a visit by the Arizona Cardinals on Wednesday, according to a report from the Houston Chronicle's Aaron Wilson.

Cardinals brought in Chris Streveler for a visit

There has been speculation NFL teams view Streveler similar to New Orleans Saints backup quarterback Taysom Hill, who spells starter Drew Brees in certain packages and is viewed as a threat to run the ball from behind centre.

The 24-year-old Streveler appeared in 17 regular season games for the Blue Bombers last year before helping the team capture the 107th Grey Cup. Streveler finished the regular season with 1,564 passing yards, eight touchdowns, and 14 interceptions, while adding another 726 yards and 12 touchdowns on the ground.