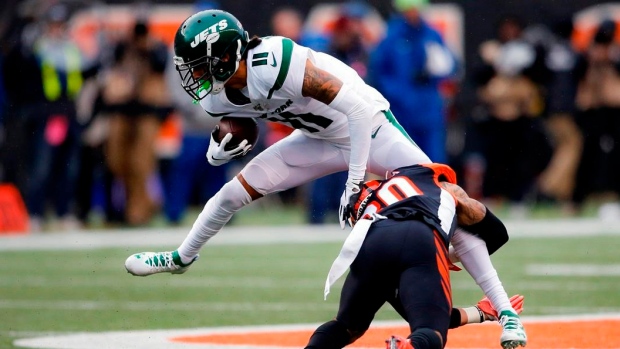 Former Jets’ WR Robby Anderson is signing a two-year, $20 million deal including $12 million in year one with the Carolina Panthers, per source.

ESPN's Adam Schefter reported Anderson will get paid $12 million in his first year of the contract with the Panthers.

Anderson finished last season with 52 receptions for 779 yards and five touchdowns. The 26-year-old spent the past four years with the Jets.