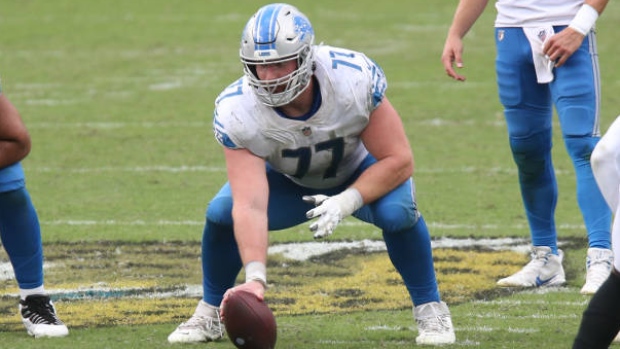 The Detroit Lions have signed Frank Ragnow to a four-year contract extension, making him the highest-paid centre in the NFL, according to multiple reports.

#Lions center Frank Ragnow’s four-year extension is worth $13.5 million per year, per source. Huge money for Ragnow, one of Detroit’s centerpiece players who’s now under contract for just under $70 million through 2026.

NFL Network's Tom Pelissero reported Ragnow's extension is worth $13.5 million per season. The 24-year-old, who is still playing on his rookie deal, is now under contract with the Lions through 2026 for just under $70 million.

The 20th overall selection in the 2018 NFL Draft was named to the Pro Bowl last season.