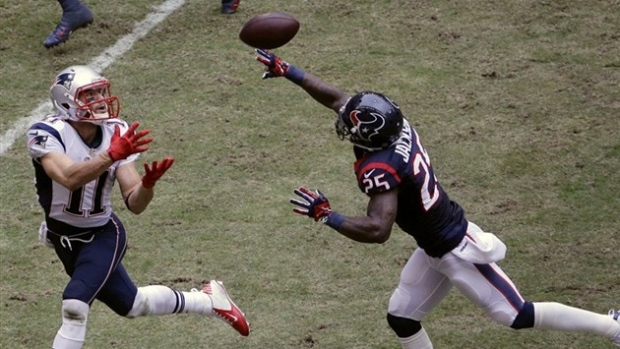 The Houston Texans managed to keep two of their prospective free agents, inking them to long-term contracts just days before the free agency period opened.

Cornerback Kareem Jackson and right tackle Derek Newton have have agreed to re-sign with the Texans, according to reports from ESPN.

Jackson will sign a four-year, $34 million deal with $20 million fully guaranteed while Newton agreed to a five-year, $26.5 million deal that will pay him $13.75 million over the first two years of the deal.