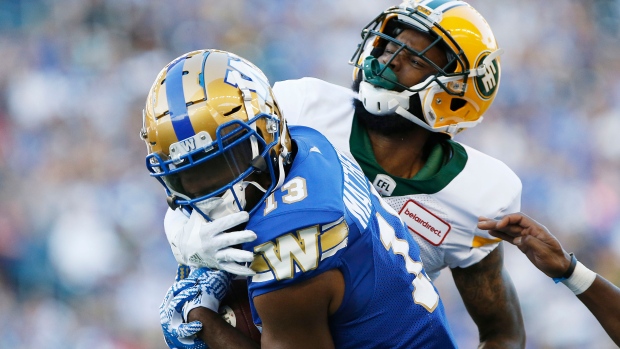 Winnipeg Blue Bombers wide receiver Chris Matthews suffered a puncture wound at a Winnipeg restaurant over the weekend, according to multiple reports.

Can report Chris Matthews suffered puncture wound during altercation at La Roca. It's not clear what made wound, but whatever it was, police did not consider it serious enough to lay charges. La Roca spokesperson said it was "prematurely reported as a stabbing." #Bombers #CFL

Matthews was taken to the hospital after the incident and released and was participating in practice Monday. There are no charges forthcoming.

"No, we will leave that for the Winnipeg Police Services," O'Shea told reporters, adding that Matthews is fine.

According to TSN Radio 1290's Darrin Bauming, Matthews was "looking like his normal self" at practice on Monday.

Matthews has played in two games for the Blue Bombers this season, recording three receptions for 26 yards. The 29-year-old is on the one-game injured list and missed the Blue Bombers' 31-1 win over the Ottawa Redblacks Friday.