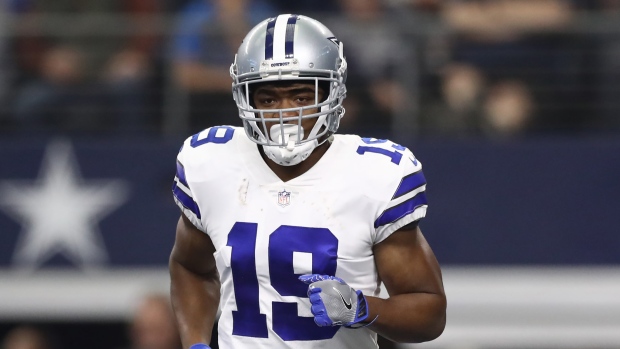 Ryan, who coached the New York Jets (2009-2014) and the Buffalo Bills (2015-16), currently serves as an analyst for ESPN. During a Friday morning appearance on the network’s show Get Up!, Ryan said that he "wouldn’t have paid" Cooper.

"To me, [Cooper] is the biggest disappearing act in the National Football League," Ryan said. "He doesn’t show up on the road. When the competition is good, when’s he’s against the top corners, [Cooper] disappears.

"There’s only one time that I can remember in recent memory on elite receivers and disappearing acts like Cooper. That was the kid the Raiders had a few year ago. Oh, that’s right, that was Cooper. This is who he is."

Digging deeper on Cooper, Ryan also questioned the receiver’s love for football and criticized the way he runs routes.

"I wouldn’t have paid [Cooper]. No way in hell would I have paid this guy," Ryan said. "To me, you pay Dak Prescott. … [The Cowboys] are No. 1 in the league because of Prescott; not because of Cooper. It’s a deep draft at receiver. [The Cowboys] made a huge mistake [paying Cooper].

Cooper, 25, is coming off his first full season with Dallas after being traded to the Cowboys from the Oakland Raiders midway through the 2018 season. Last season Cooper recorded 79 receptions, 1,189 yards and eight touchdowns, earning his second straight Pro Bowl nomination and the fourth of his career.

Cooper, who was the fourth-overall pick of the 2015 draft, has amassed 357 receptions, 5,097 yards and 33 touchdowns over his five previous seasons in the NFL