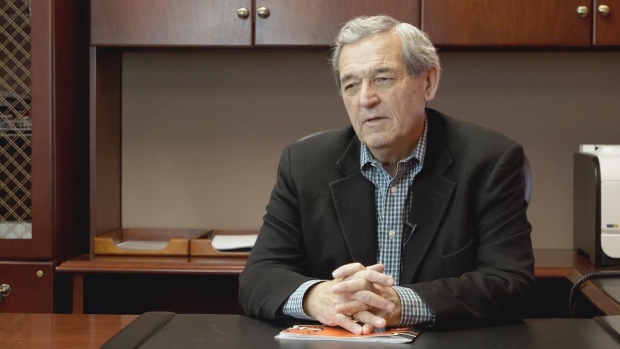 BC Lions president Rick LeLacheur and owner David Braley are looking for a buyer for their CFL franchise.

@BCLions president Rick LeLacheur tells us owner David Braley told him at the beginning of the year that he is ready to sell the team. LeLacheur is charged with finding a buyer. He has spoken with the Woodall/Keith group & others but plans an "under the radar" process.

LeLacheur has spoken to Commissioner Randy Ambrosie about some of the groups. Braley is determined that the new owner have the wherewithal to own the team for a long time. Some groups contacted Rick. He contacted others. Some are out-of-town. https://t.co/bH2TvQJRZ1

LeLacheur says there's no timeline for a sale but "the sooner the better." He does believe a community group can work so long as the governance isn't "40 coaches." https://t.co/eKpusaDP9x

LeLacheur was on TSN 1040 Tuesday afternoon and told Matthew Sekeres, host of Sekeres & Price, that Braley was ready to sell that team at the beginning of the year.

LeLacheur is searching for a buyer and says he wants to keep the process "under the radar."

CFL commissioner Randy Ambrosie has been contacted regarding some of the potential ownership groups and the hope is the prospective buyers will own the Lions for a long time.

LeLacheur adds there is no timeline for a sale, but would like to get it done "the sooner the better."