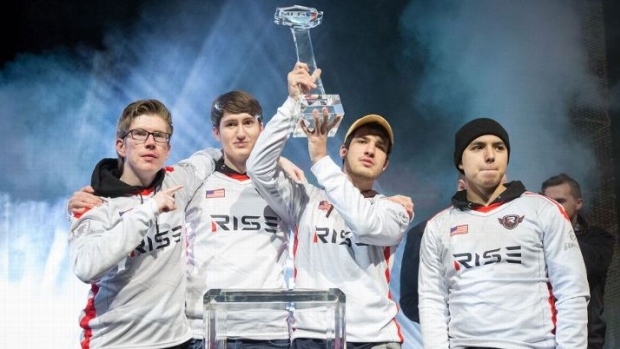 Rise Nation are the first Call of Duty World League champions on Infinite Warfare after defeating Cloud9 in the finals at MLG Vegas.

Rise stormed out to an early 2-0 lead in the final before the scrappy C9 squad scored their first round of the series on Uplink. The momentum continued into another elimination game and C9 rolled to a win on Hardpoint to even the finals at 2-2.

C9 made it to the finals through the lower bracket, which meant they would be required to win two best-of-five series in order to claim the title.

They would not have the opportunity to get that far as Rise rebounded on Search and Destroy to close out the series and the tournament in five games.

Rise and C9 also met in the winner’s bracket final, a preview of things to come in the grand finals. The eventual champions fell on the opening Hardpoint but reeled off consecutive wins, including a sweep on Search and Destroy in the second match, to take the series lead. Rise closed out the series in the fourth match on Hardpoint.

C9 was sent into the lower bracket to take on FaZe Clan. FaZe had already won two lower bracket matches on the final day of competition and eliminated OpTic Gaming earlier to move to the brink of the finals.

C9 gave up the first Hardpoint but responded with two straight wins to move within a victory of a rematch with Rise. FaZe would take another Hardpoint to even the series before C9 closed out the series in the fifth and deciding match.

The dust has settled here at #MLGVegas! Don't miss your chance to join us at #MLGAtlanta, February 10-12!