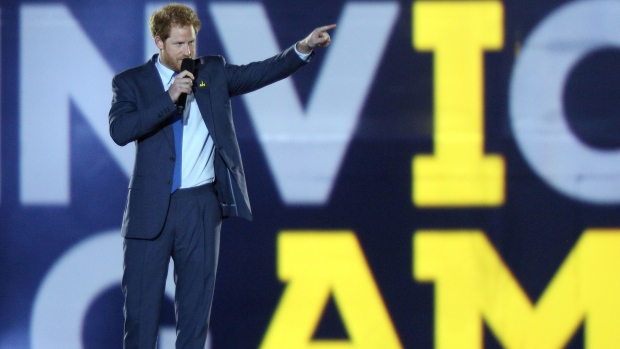 TORONTO - Canadian musical talent including Alessia Cara, Sarah McLachlan and The Tenors will perform at the opening ceremonies of the Invictus Games in Toronto this fall.

The sporting competition was founded by Prince Harry as a way to inspire and motivate wounded soldiers on their path to recovery.

Tickets for the Toronto games went on sale today and are available at invictusgames2017.com.

It will Canada's first time hosting the Invictus Games, which began in 2014.

There will be 550 competitors from 17 countries coming to Toronto to compete in 12 sports, including track and field, swimming and, in a first for the Invictus Games, golf.

Canada's team is already training at a camp in Kingston, Ont.

CTV National News Chief Anchor and Senior Editor Lisa LaFlamme sat down an exclusive 1-on-1 conversation with Prince Harry in the one-hour special Prince Harry: Journey to Invictus, which can be seen Friday at 9pm on CTV.