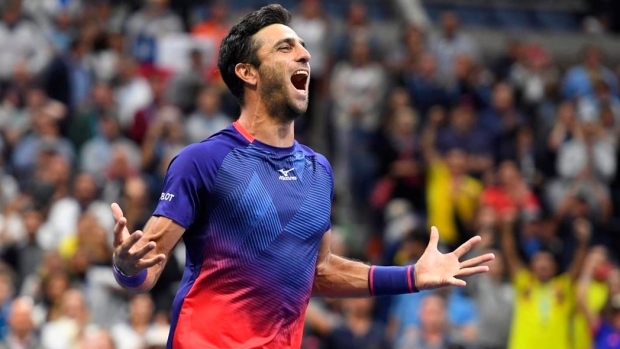 LONDON — Top-ranked doubles player Robert Farah was cleared to play after the International Tennis Federation accepted on Monday he tested positive for an anabolic agent from eating contaminated meat in his native Colombia.

Farah was provisionally suspended on Jan. 21, preventing him from playing in the Australian Open with long-time doubles partner Juan Sebastian Cabal. They won the two previous Grand Slam titles at Wimbledon and the U.S. Open and were the doubles team of the year in 2019.

Farah's sample given out of competition last October tested positive for Boldenone. He denied wrongdoing.

The ITF ruled he violated the tennis anti-doping program, but bore no fault or negligence, and was free to play.

The decision was subject to appeal by the World Anti-Doping Agency and the Colombian ministry of sports to the Court of Arbitration for Sport.