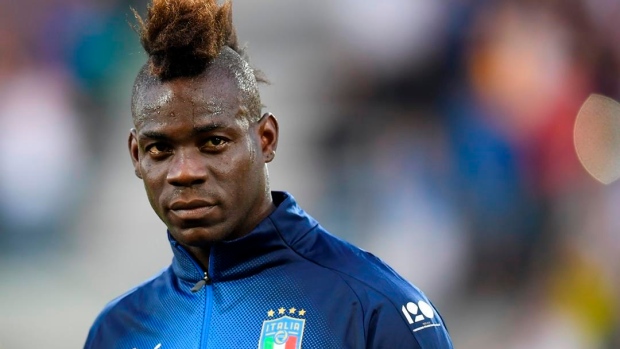 FLORENCE, Italy — Italy coach Roberto Mancini would prefer to recall Mario Balotelli for his qualities as a player, not as a message against racism.

Balotelli has not been called up by Mancini in more than a year but Italian soccer federation president Gabriele Gravina said last week that naming him in the squad would send a strong message after the Brescia forward was racially abused the previous weekend.

Balotelli was included in Mancini's first two squads, playing his first matches for Italy since the 2014 World Cup, but has not been called up since. He was again omitted from upcoming European qualifiers against Bosnia-Herzegovina and Armenia.

"Football and sport should unite, not destroy. We're in 2020 and we're still talking about skin colour," Mancini said Monday. "I wish Mario nothing but well, he's still of an age to do a lot. But if he should be recalled, it will be because he is doing well and can help the national team.

"You can think like the president said, but you need to understand that if Balotelli gets another chance, it will be because he deserves it from a technical point of view. I think it's more important to call him if he deserves it."

The 29-year-old Balotelli has scored two goals in seven matches this season since joining his hometown club and returning to Serie A.

Sassuolo forward Domenico Berardi and Roma defender Leonardo Spinazzola also have withdrawn from the squad because of injury.

Italy has already qualified for next year's European Championship but victory against Bosnia on Friday would give the Azzurri a 10th consecutive win, beating the national team's record set under Vittorio Pozzo between 1938-39.

Italy then hosts Armenia in Palermo in its final Group J match.