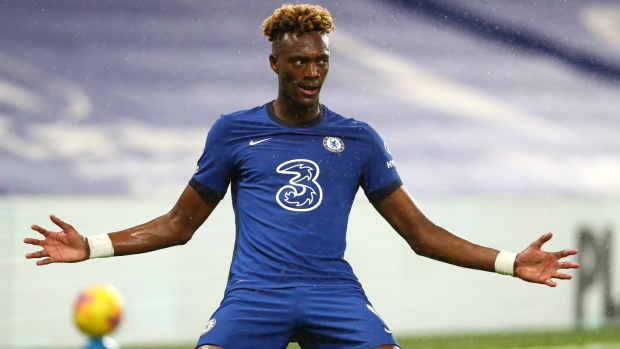 Roma is attempting to get a transfer for Tammy Abraham over the finish line.

Abraham, 23, was the Blues' joint-top scorer last season with 12 goals across all competitions, but found playing time hard to come by upon the dismissal of manager Frank Lampard and the arrival of Thomas Tuchel. The expected return of Romelu Lukaku to Stamford Bridge from Inter in the coming days will only exacerbate the problem for Abraham.

The Belgium striker's return to Chelsea will seemingly have a domino effect in Serie A. Defending champions Inter are expected to move for Roma's Bosnia and Herzegovina striker Edin Dzeko as Lukaku's replacement, leaving a gap on the Giallorossi that they hope Abraham will fill.

A native of South London, Abraham joined Chelsea's academy in 2004 at the age of 7. He made his senior Blues debut in 2016 before loan spells at Bristol City, Swansea City and Aston Villa. Abraham has made 54 appearances in the league over his two full seasons at Chelsea, scoring 21 goals, including 15 in 2019-2020.

Internationally, Abraham has been capped nine times by England, scoring his first England goal in a Euro 2020 qualifier in 2019 against Montenegro.

The Blues' cross-London rivals, Arsenal, are also believed to be interested in Abraham's services.