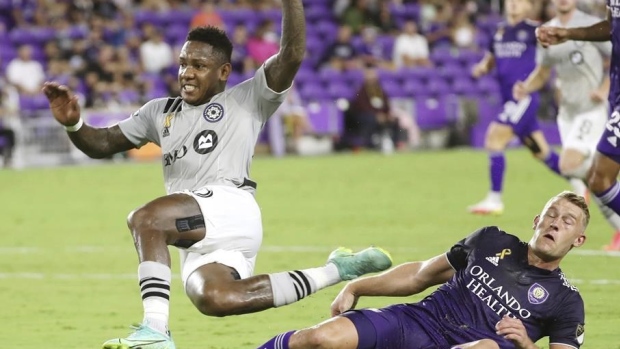 Montreal (9-8-7) snapped a seven-game road losing streak. Orlando (10-6-8) had won three in a row against Montreal — all shutouts.

Quioto bent a low ball in to the near post that Lassi Lappalainen redirected into the net to give Montreal a 3-2 lead in the 73rd minute.

Orlando City went a man down after Nani picked up his second yellow card — about seven minutes after his first — in the 35th. Two minutes later, Quioto slipped behind defender Antônio Carlos, ran onto a through ball from Djordje Mihailovic and fired a shot off the far post to give Montreal a 2-0 lead.

Orlando City rallied, with Robin Jansson and Ruan Gregório Teixeira scoring their first MLS goals. Jansson connected in the 40th minute, and Teixeira in the 63rd.

Orlando City's Andrés Perea was given a red card in the 83rd minute for denying an obvious scoring opportunity.